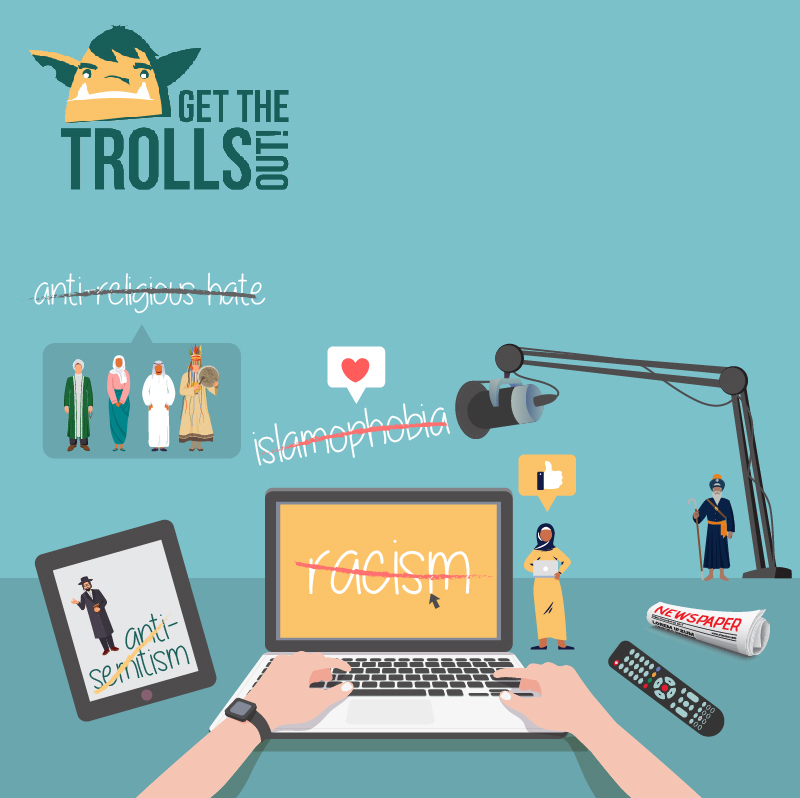 GET THE TROLLS OUT!

Karpos is part of a new project, Get the Trolls Out, that aims to fight hate rhetoric in media targeting people because of their religious beliefs. The organization that leads the project is Media Diversity Institute (UK) and five other organizations from Belgium, Germany, France and Hungary are part of it with us (see here).

GOAL OF THE PROJECT

In Europe in recent years, due to the migrant and refugee crisis, this phenomenon of hate speech has multiplied and it is observed that these kind of rhetorics are more and more present in traditional and social media. This project aims to highlight the language, the audiovisual mediums used to reproduce negative sterotypes aiming at attacking people based on their religion so we can all recognize them and when we do ultimately reject them. Karpos as with other projects (Silence Hate, MigratED etc) wants to contribute in confronting narratives that are harmfull for certain groups of the population and informing the public on those issues. Our tools as always is media literacy, meaning using critical thinking when reading and an image or a text. 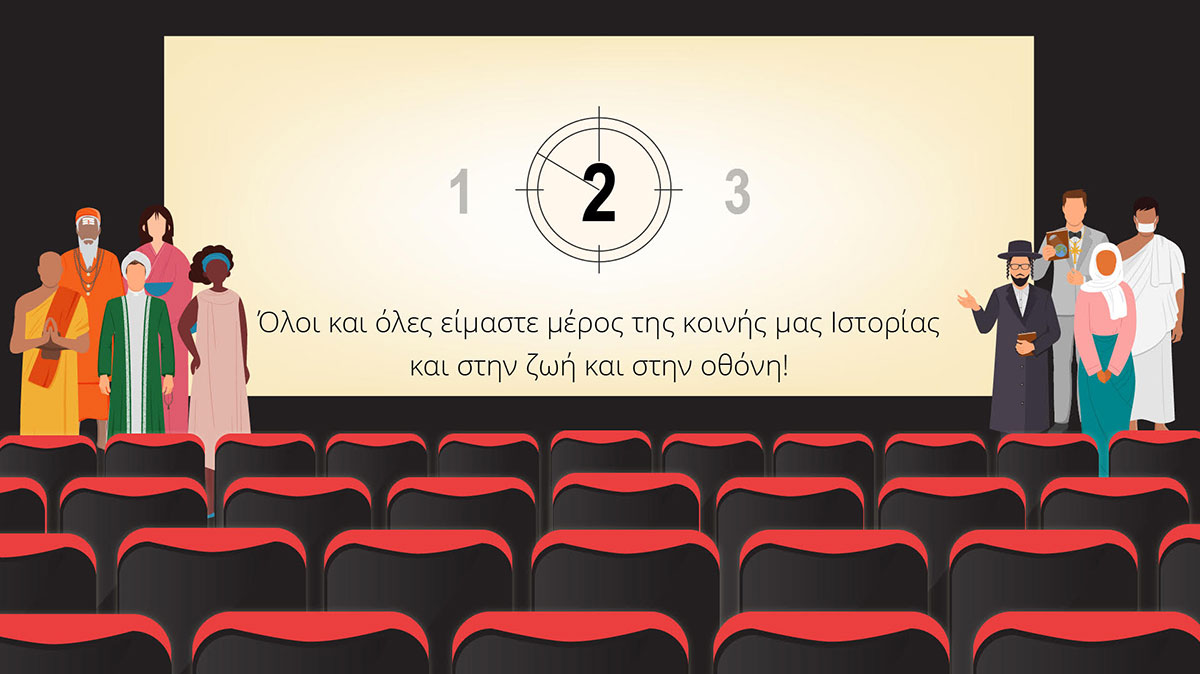 Our partners at the Media Diveristy Institute in the UK highlighted this incident.

A journalist was interviewing Lawrence Fox an actor on his podcast and when discussing the Sam Mendes film ''1917'', the subject of the depiction of Indian Sikh soldiers came up where they proceeded by saying the only reason they were in the film was of forced diversity and political correctness. As noted by our partners this statement is firstly not historically accurate and secondly it marginalises even more people whose stories are rarely depicted on screen.

Because this discussion is universal and is happening in our country as well, we say that the false argument of ''mandated political correctness'', that many times has other motivations behind it, can not be used in order to either reproduce negative stereotypes or excluding groups of people from our collective narratives. 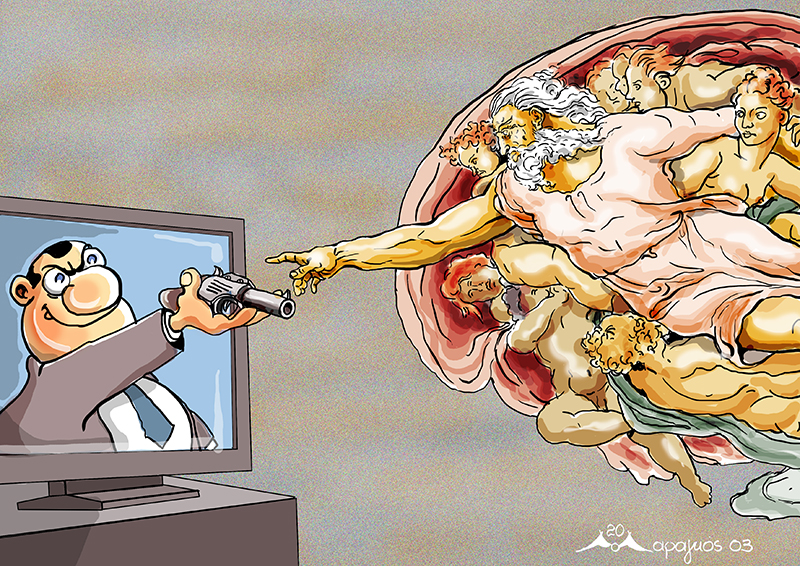 Another incident that our partners from Hungary highlighted is this.

A ''securtiy expert'' went on national tv to talk about the racially motivated attack in Hanau Germany in a hooka bar where the shooter killed 9 people of foreign descent. The ''expert'' said among other things that the attack can be justified as an act of ''self-defense'' and as a logical response to immigration in Europe.

These kind of hate speech appears more and more in traditional and social media. As a reaction to this issue we asked sketch artist Panos Maragos to be inspired by the issue and create a sketch as a response.

Dimitris Stathakopoulos, PhD fellow of Pantion University and an expert on Ottoman history was the guest of the web show on Star Channel called Leaders on the 9/03/2020 hosted by the journalist Ilias Papanikolaou. You can see the show here.

The whole discussion was conducted on a very negative tone concerning immigrants that come to Greece from the Middle East. Mr Papanikolaou’s guest appeared to have more balanced views at times however the host declares openly throughout the show that he is against whomever doesn’t share the same European values as him.

In the hour-long show, we hear a lot of inaccuracies and the reproduction of negative stereotypes concerning the oppressive and violent nature of Islam and Muslims, for example on how they refuse to become more open-minded. He compares Islam with Christianity by saying that the latter has condemned its past mistakes i.e. the Spanish Inquisition, while Islam seems to not regret anything.

The show is full of derogatory statements about Islam, its faithful and muslim countries. The questions are posed many times as statements of anti-Islamic positions and he frequently concludes (along with his guest) that the incoming Muslims can’t be “more European” because they don’t want to.

In these difficult times, we believe that statements like these besides being inaccurate are also harmful and serve nothing. On the contrary they put a target on a community and a part of society that can have very harmful consequences for them. Especially when they come from someone who calls themselves a journalist.

After seeing the show, we were inspired to make this GIF! 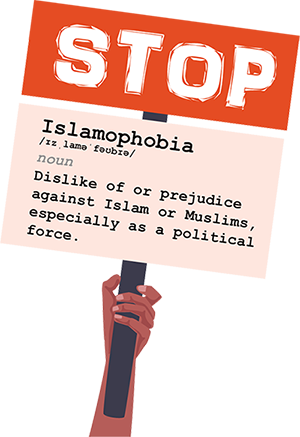 The monthly media monitoring of Greek media from Karpos' team, made us aware amongst other things of : Articles or texts that use islamophobic language in their titles in order to attract their readers. Often, the content of the articles does not correspond to the title at hand.

We asked journalist Elvira Krithari to write an article on islamophobia in Greek Media.You can read it here.

In Ghent, Belgium, a law passed that allows students to wear religious symbols in public schools from September 2020. Extreme rightwing voices in the country reacted to that decision by focusing on the girls wearing headscarves saying that they cannot permit in school grounds symbols that stand for the oppression of women. The fact that they focused on that specifically feeds to the large narrative of non-comptability of Islam with the democratic values of European countries. Also as it is common the women in question were not asked of their opinion in the matter.

We, in Karpos, believe that school should be a place where diversity is respected and a place of freedom of expression when it comes to cultural identity and religious beliefs. Read here more about the article in question.

Some thoughts from the workshop we organized in January 2021 on the issue of hate speech on social media and how can we fight it. Why is it useful to know how to spot hate speech? What are the rules of each platform? How important is it when people with great influence and power use these platforms to spread this rhetoric? And finally what can we do about it? Read the article here.

In this fake news article they try to spread panic for an non existent threat. We say we should sound the alarm of islamophobia through fake news. 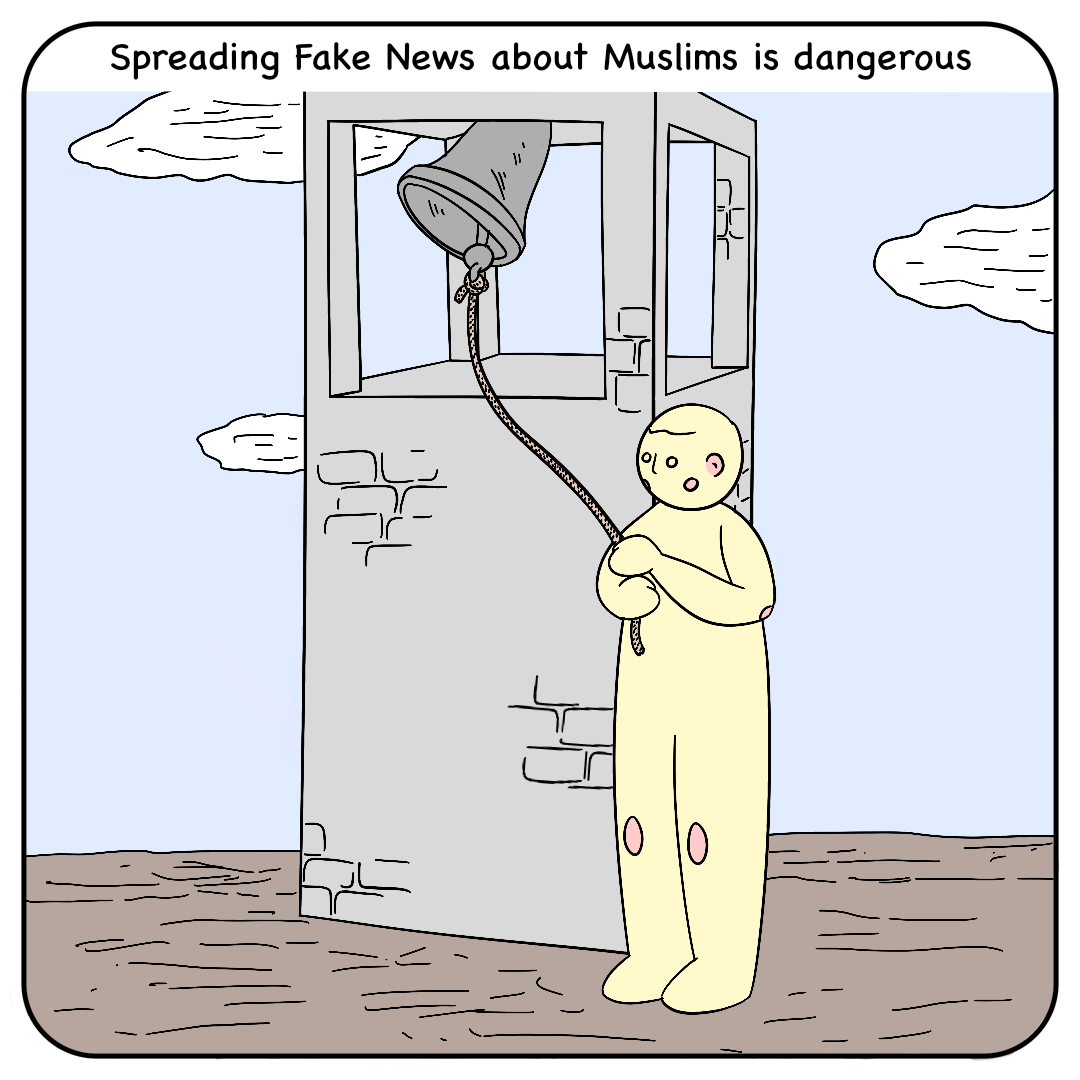